TAKE A PEEK AT OUR FRESH NEW PROMO KIT HERE!

Yeah! It's a unique name and we love it! Where the heck did it come from? Well, it all started in Taiwan in a little town called Feng-Yuen. Co-founder, Nate Burgoyne (DJ Nate) lived there with his wife for a few years a while back. Shortly after they graduated from university they went on an English-teaching adventure!

Well, they didn't speak Chinese so they'd use landmarks to give their friends directions to get places. One of the landmarks was a little hand-pushed food cart with the picture of a little baby with an afro hairdo photoshopped on it.

Nate and his wife, Heidi, decided that if they every opened a hot dog cart, they'd name it Fro Baby Hot Dogs!

Many years later, after their 4 kids mastered the art of the the lemonade stand, and were totally kicking butt with that...it was time to upgrade to a food cart, and Fro Baby Hot Dogs was born. The tagline was "We'll blow your wig back!" and it was AWESOME!!! They had the hottest EVER called "Dynamite Sauce". It was so hot that you had to sign a waiver to get. It was super fun!

After a year of good times with Fro Baby Hot Dogs, they decided to sell the cart and move on to new adventures....but that wasn't the end of Fro Baby.

The name came back to life in full effect when Frobaby Productions was born, a full-service DJ entertainment company that has been described as classy-contemporary-retro. Just like the hot dog cart days, the crew isn't content with being average or good-enough. They created the hottest freakin' sauce ever and now they're cooking up the hottest freakin' events ever! 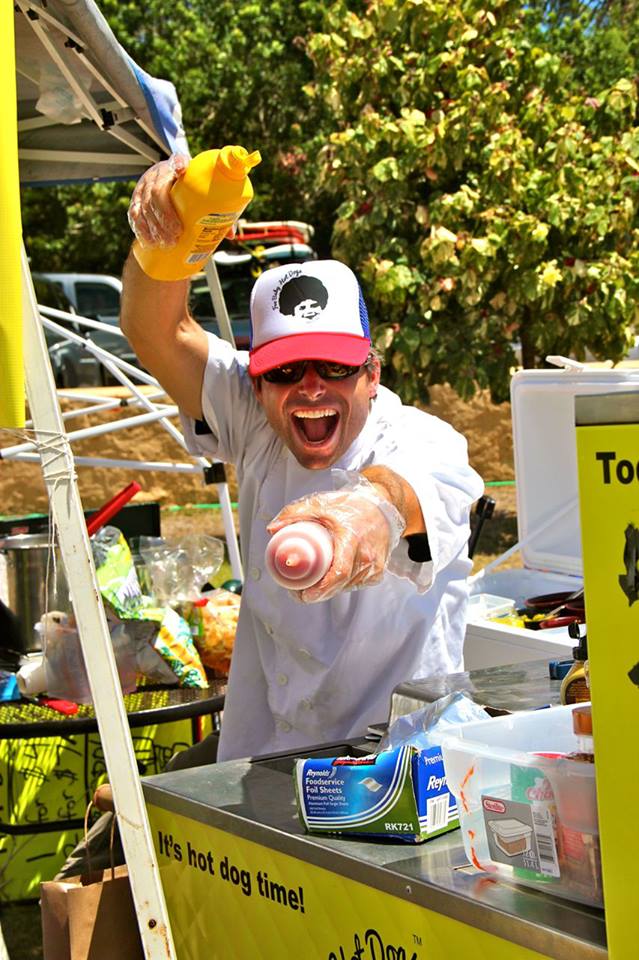